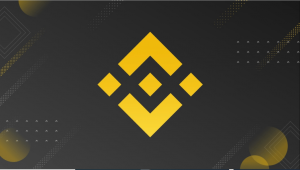 Binance will launch a new digital asset exchange in Indonesia through a joint venture with a consortium led by MDI Ventures, an investment arm of Telkom Indonesia.

“Our ambition at Binance is to grow the blockchain and cryptocurrency ecosystem globally, and this initiative in Indonesia is a significant step in that direction,” said Binance founder and CEO Changpeng Zhao (often referred to as CZ) said in a press release on Wednesday.

“With fast technology adoption and strong economic potential, Indonesia could become one of the leading centers of the blockchain and crypto ecosystem in Southeast Asia,” he added.

The consortium of digital and fintech companies partnering with Binance are said to have access to more than 170 million consumers in the world’s fourth most populous country.

Binance said it will provide automate trading asset management infrastructure and technology to support the development of the new exchange.

Last week, Binance’s affiliate in Singapore made an investment in Hg Exchange (HGX), a regional private securities exchange. The deal gives Binance a post-money stake of 18% in HGX, which was granted a market operator license by Singapore’s monetary authority earlier this year.

Established only four years ago, Binance grew rapidly to become the world’s largest cryptocurrency exchange by trading volume, according to CoinGecko’s ranking. Binance’s main trading platform has managed to record an average daily trading volume of $2 billion and more than 1.4 million transactions per second, according to its website.